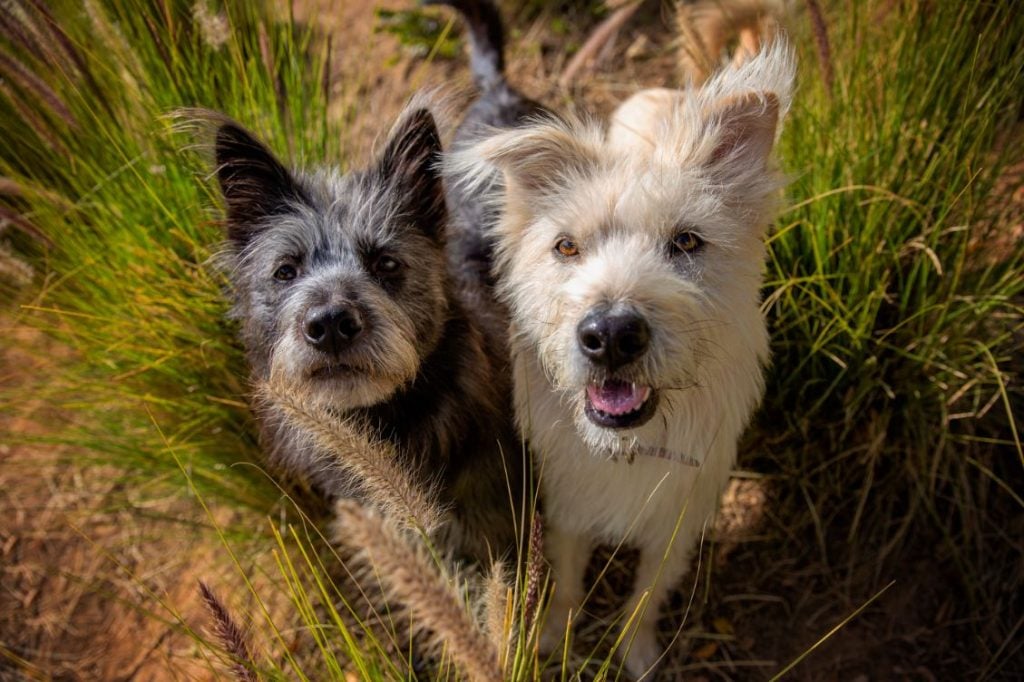 There’s a saying that if you love what you do, you’ll never work a day in your life. And, if you love dogs and photograph them for a living, then you’ve got it made. Just ask Lori Fusaro, a photographer who specializes in animals.

To skip to Fusaro’s top 10 tips for taking the perfect pet portrait, click the link in the table of contents. To continue learning about Fusaro and her fascinating journey as a professional pet photographer, keep reading.

How It All Began

Before moving to Los Angeles in 1996 for the weather and a change of pace, Fusaro worked in theater in New York City. Things were different in Los Angeles. “I didn’t have anything creative to do out here,” she said. “No theater, no acting.” Bored, she took her husband’s old Pentax K1000 and began taking photos and teaching herself to use it.

Being in L.A., she began with headshots (naturally) and then got into family portraits, kid portraits, and the occasional pet. “Back then, not many people wanted photos of their animals,” Fusaro said. “It was unheard of.”

Her growing photography business led to some weddings but Fusaro always preferred pets. A lover of animals, Fusaro grew up with dogs, cats, and horses and spent time at her grandparents’ farm in West Virginia. So, pets were a natural subject for her when it came to what to shoot.

Over time, she decided just to focus on pets and kids under five. 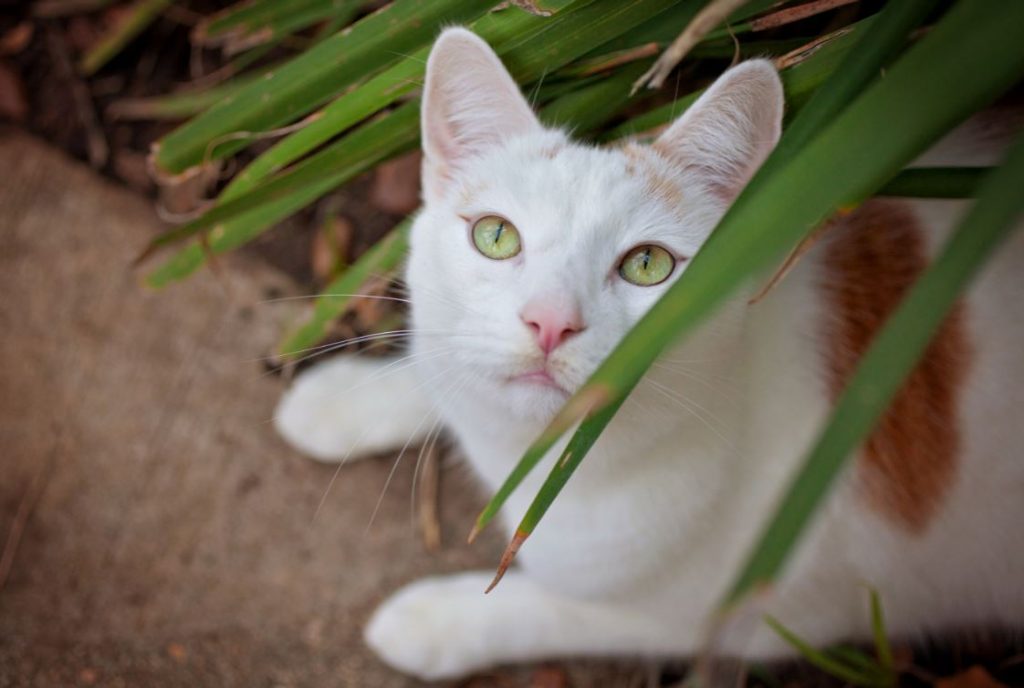 In 2005, Fusaro learned that better quality photos helped more shelter pets get adopted (back then, shelter photos were not the best quality and often out of focus, or depicted dogs with the dreaded red eye effect). So, Fusaro started volunteering her time to photograph shelter dogs to help the animals get adopted.

Fusaro went on to become a pet columnist at a local newspaper in Culver City, California, later become the paper’s editor, and is now the staff photographer at Best Friends Animal Society, a pet adoption nonprofit based in Kanab, Utah.

Now with the society for seven years, Fusaro handles all of its photography needs, including pet adoption photos, marketing images, editorial images for its magazine, and more. “It was so meant to be,” she said. “It’s my dream job.” 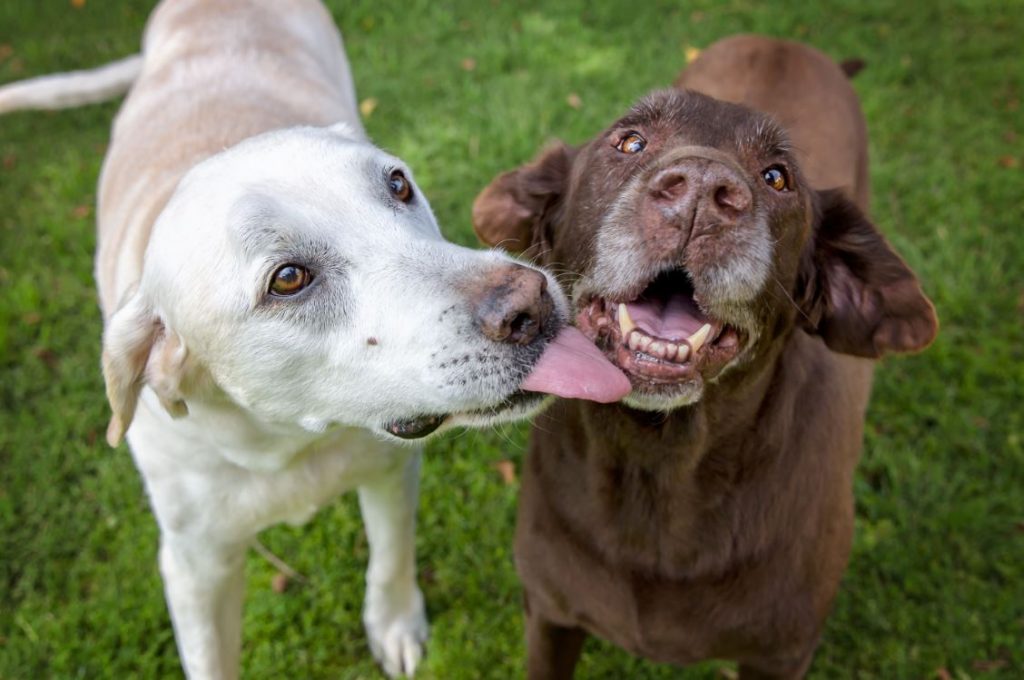 A Focus on Old Dogs

Fusaro adopted her dog Sunny in 2012 from the Carson Animal Shelter in Los Angeles. She was the dog who inspired her to start photographing old dogs. At their first meeting, Sunny was very sick with cancer and other ailments. “The vet said she probably only had a few months to live but she lived three years,” Fusaro said. “She was Benjamin Buttons and she just got a zest for life again and played fetch and ran around. It was just amazing.”

Sunny’s appreciation for senior dogs inspired an idea for a coffee table photo book—“everyone thinks adopting an old dog is sad, but after adopting Sunny and seeing the miraculous change in her I knew I had to let people know”—and this eventually led her to partner with journalist Laura Coffey on a story about it.

The pair traveled across the country in 2014 to put together the book, My Old Dog: Rescued Pets with Remarkable Second Acts, which was released the following year. “It was an amazing experience,” Fusaro said of the book, which includes a forward by rescue dog advocate Neko Case and a profile of Einstein, George Clooney’s Cocker Spaniel, among other stories of a special class of noteworthy senior dogs.

It’s no surprise that when it comes to photographing pets, seniors are Fusaro’s favorite. “Just from working with Best Friends and seeing old dogs in our system it’s getting better as people are adopting them,” she said. “But they are still the hardest ones to place.”

When it comes to photographing old pets, for Fusaro, it’s something that never gets old.

You can keep up with all the animals that Fusaro works and plays with her on Instagram, her website, and at the Best Friends Society.

Read on for Fusaro’s top 10 tips for the perfect pet portrait. 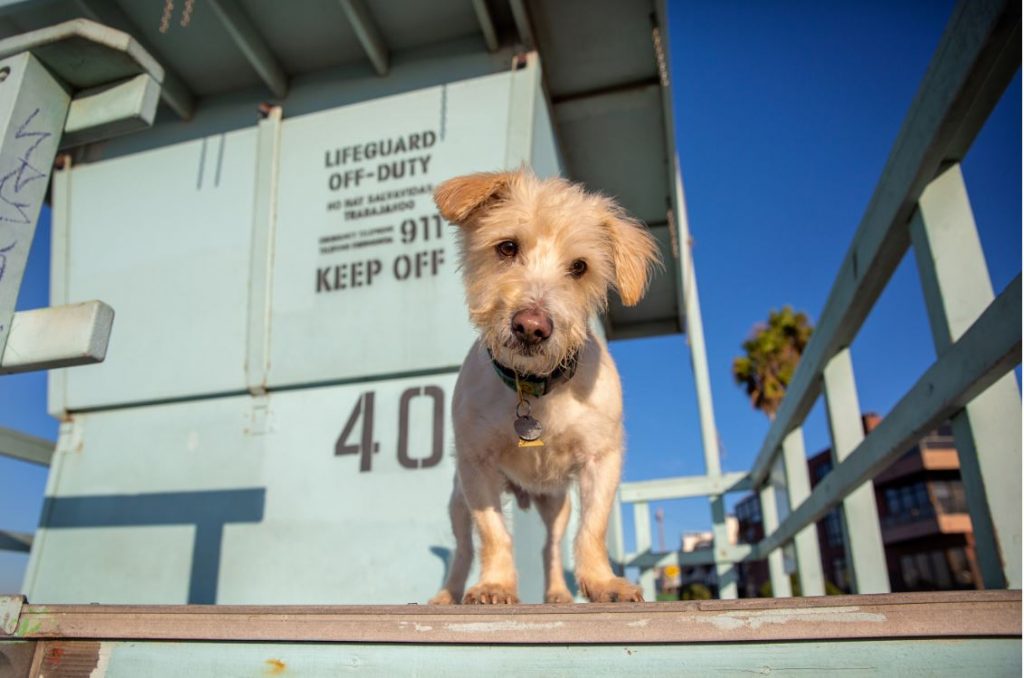 From dogs who move too much to cats who won’t sit still, it can be frustrating taking pet photos. Fusaro shares these tricks and tips to help you take better pics of your pets:

1. Be patient. “Bring out your camera and let the dog or cat get used to it,” Fusaro said. “Let them sniff it.” Well-trained dogs make Fusaro’s job easier, but most dogs are not well trained; they are well behaved, which is different. “It’s basically just following them around and waiting for that moment for them to do something and having patience to get the shot.”

2. Keep it neat! “My biggest pet peeve is a messy background,” Fusaro said. Remove the garbage can and don’t show the messy bed because it’s too distracting. Get in close so as not to show a lot of background. Keep it simple and have your pet wear just his collar.

3. Natural light works best. Try to place your animal next to a window, even if it means bringing the cat tree over. “Don’t be afraid to move furniture around so that light from the window is on the animal,” Fusaro said.

4. Distract. Use squeaky toys, treats, whistles, or whatever motivates the dog or cat to look toward the camera.

5. Sit/Stay. For a dog who won’t sit or stay, Fusaro recommends leashing the dog to a table edge or leg of a couch. “I have hooks in my wall that I can leash a dog up to so they cannot move,” Fusaro said. Or, have a family member hold the animal and incorporate the person into the shot. 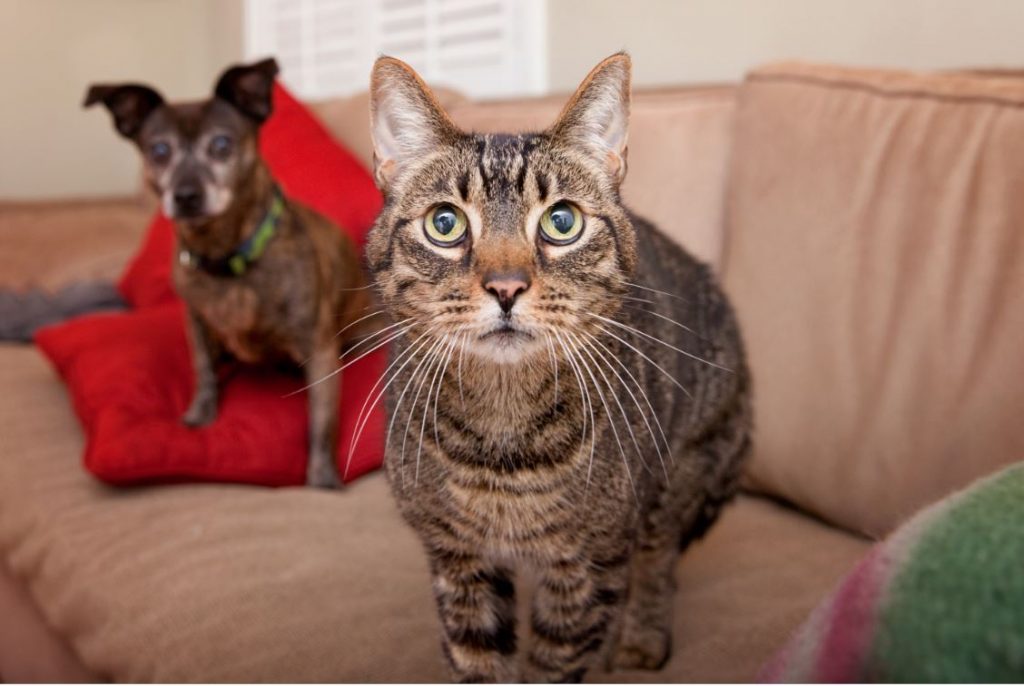 6. Focus on personality. If your dog loves to run, get outside to a dog park or a regular park to get some action shots. “I try to match the animal’s personality to the shot,” Fusaro said. “If the dog is a couch potato I take pictures of the dog lounging on the couch. If the dog is totally active, it’s a great opportunity to get fantastic shots of him in his element.”

7. Use the power of PB. “There’s something about peanut butter,” Fusaro said. “When a dog has a tablespoon in his mouth you’ll get funny facial expressions, a great tongue shot, and they don’t move with peanut butter in their mouth. They just stand there.”

8. Less is more, especially on social. Fusaro doesn’t do anything different when shooting for social media and doesn’t use filters. “Just put your best photos out there and make sure the backgrounds are not messy and really focus on the animal. Outtakes are always fun, too.” See how Fusaro does it on her Instagram here.

9. Be grounded. “When people take pictures of me, I’m always on the ground,” Fusaro said. “That’s my favorite place to shoot.”

10. Practice, practice, practice. You’ll learn more about how to work with a range of pets, and your own skills, the more you practice. For experience, you can try photographing your friends’ pets, or do what Lori did and volunteer at a shelter. “The best places to get as much practice as you want are the shelters and rescues,” she said. “There are so many now that you can probably find 10 different places that would want you to photograph their animals.” Fusaro said. 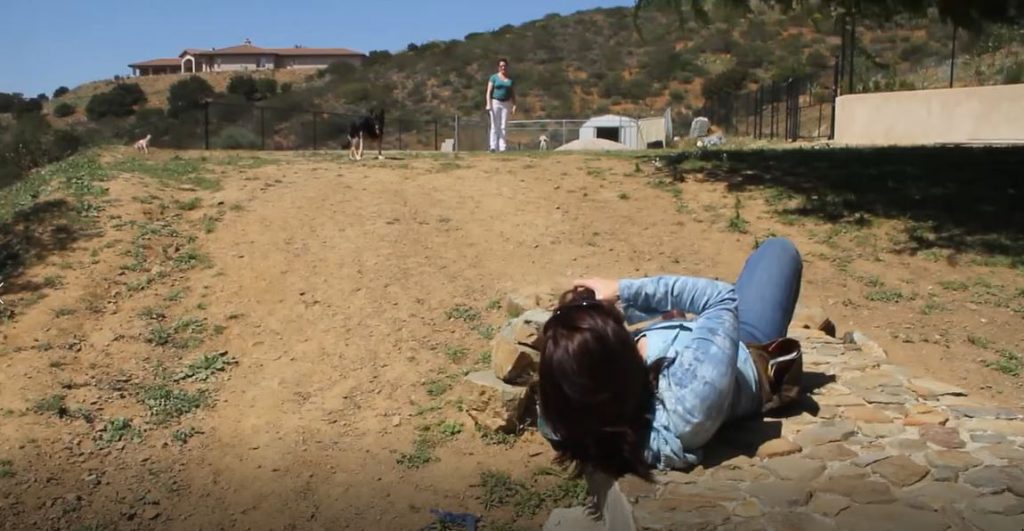 Special thanks to Laura Coffey for her help with this story!