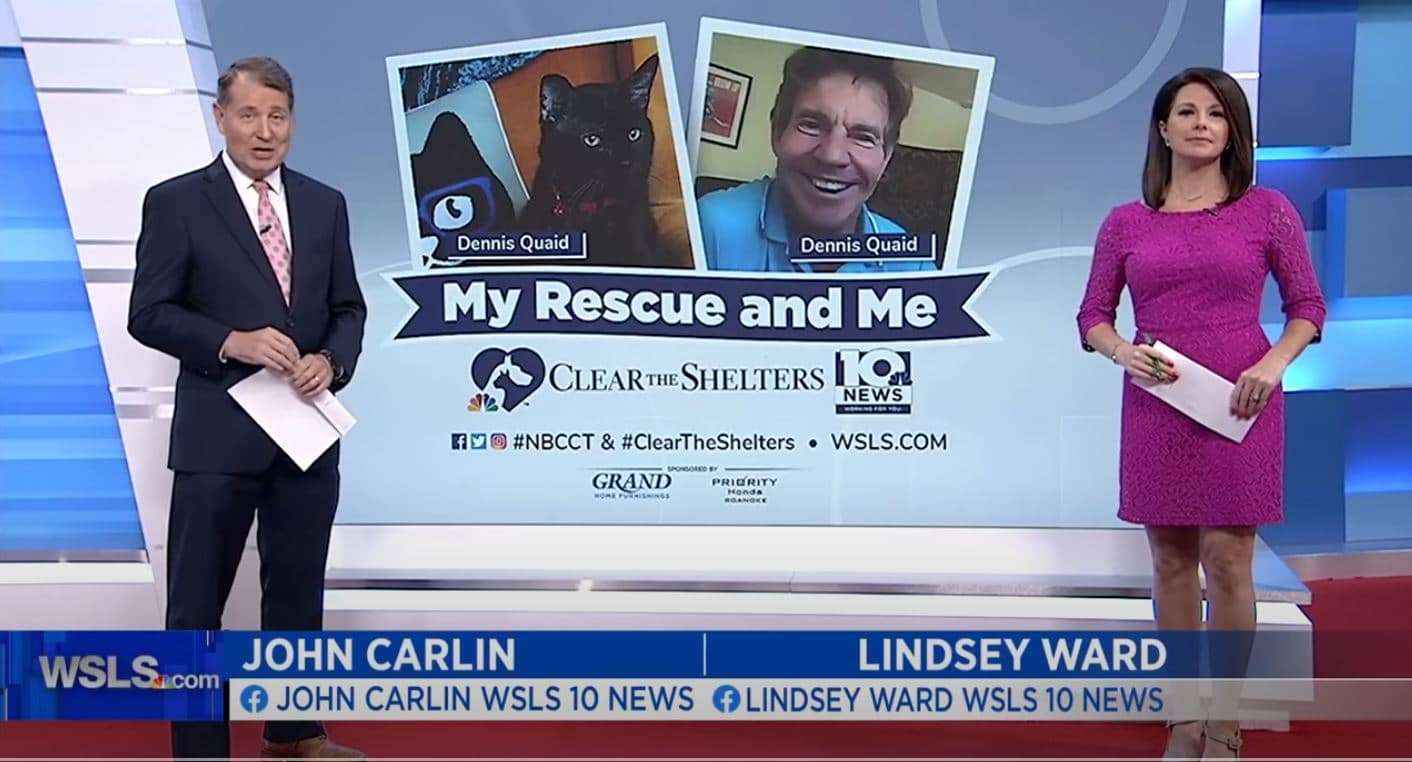 When you’re actor Dennis Quaid you probably have just about everything you need, except the perfect black cat. So, when Quaid saw that the Lynchburg Humane Society had an adoptable feline named after him, he did what any self-respecting actor would do: He adopted him.

So, how did that even happen?

During an August Clear the Shelters segment, WSLS, an NBC-affiliated news station in Virginia, featured a local cat named Dennis Quaid, a 6-year-old black cat from the Lynchburg Humane Society who had been waiting for a home for more than a year.

Somehow the news reached actor and musician Quaid all the way in Los Angeles who decided he had to adopt his namesake cat.

“It was really off the wall,” Quaid told WSLS. “I just couldn’t resist. Had to.

“Well, I’m out to save all the Dennis Quaids of the world.”

And as coincidence would have it, the pet-loving actor recently started a podcast with writer Jimmy Jellinek called The Pet Show that every week discusses pet culture and features a variety of special guests from veterinarians to pet influencers. It was perfect timing as Quaid’s plans for his new family member include official office cat as well as celebrity feline.

It Wasn’t a Hoax

Before Quaid the cat even stepped into the spotlight he received tons of love and attention from the staff at the Lynchburg Humane Society, including from Danielle Ulmer, adoption center manager. When she first heard that Quaid the actor was really going to adopt Quaid the cat, she couldn’t believe it. “Ah, there’s no way this is real,” she told WSLS of what she originally thought. “Someone is pranking us.”

Jellinek told WSLS that getting the shelter staff to believe that Quaid the famous actor really wanted to adopt the cat was difficult at first because no one took them seriously. After convincing the staff they set up a Zoom call with Quaid, Jellinek, Ulmer, and the cat for an official meet-and-greet. Jellinek later flew to Virginia to pick up the adorable feline to fly him back to his new home in sunny California. 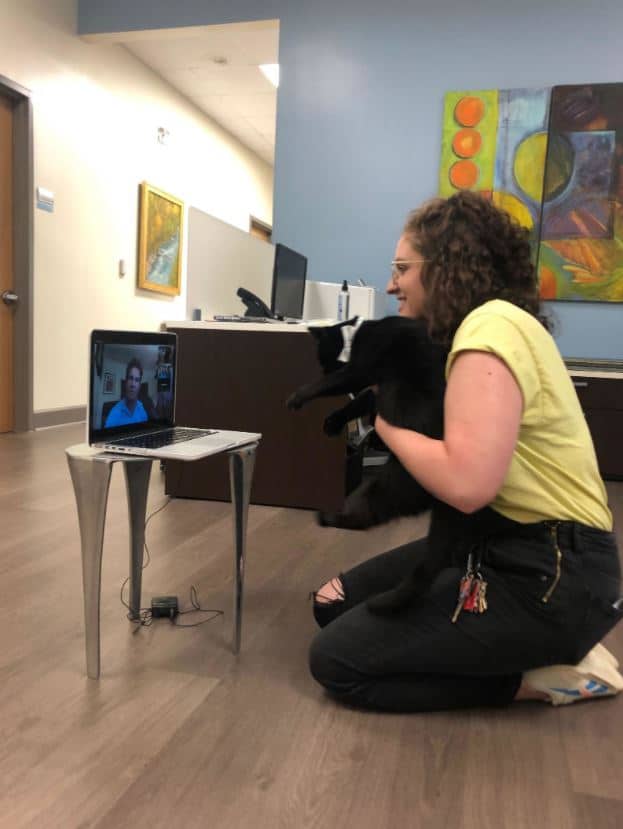 Pet lovers and Humane Society supporters even suggested that shelters start naming animals after celebrities to see if it helps with adoption rates. How great would it be if it actually worked? It would give a new meaning to clearing the shelters.

The Lynchburg Humane Society’s Facebook page even promoted a #DennisQuaidChallenge to help step up the adoptions:

Hopefully, DQ won’t let all the latest attention go to his furry head.

Find out about the Lynchburg Humane Society here. Click here for The Pet Show with Quaid and Jellinek.

The 10 Pet Products This Famous Animal Advocate Can’t Live Without
The 10 Best Cat Carriers for Traveling Kitties
Bird Appreciation: Life with Mango the Conure
Funko’s ‘This Is Fine Dog’ Perfectly Captures the Dumpster Fire That Is 2020